Review 5 Reasons Why You Should Watch Death Note. Cancel reply 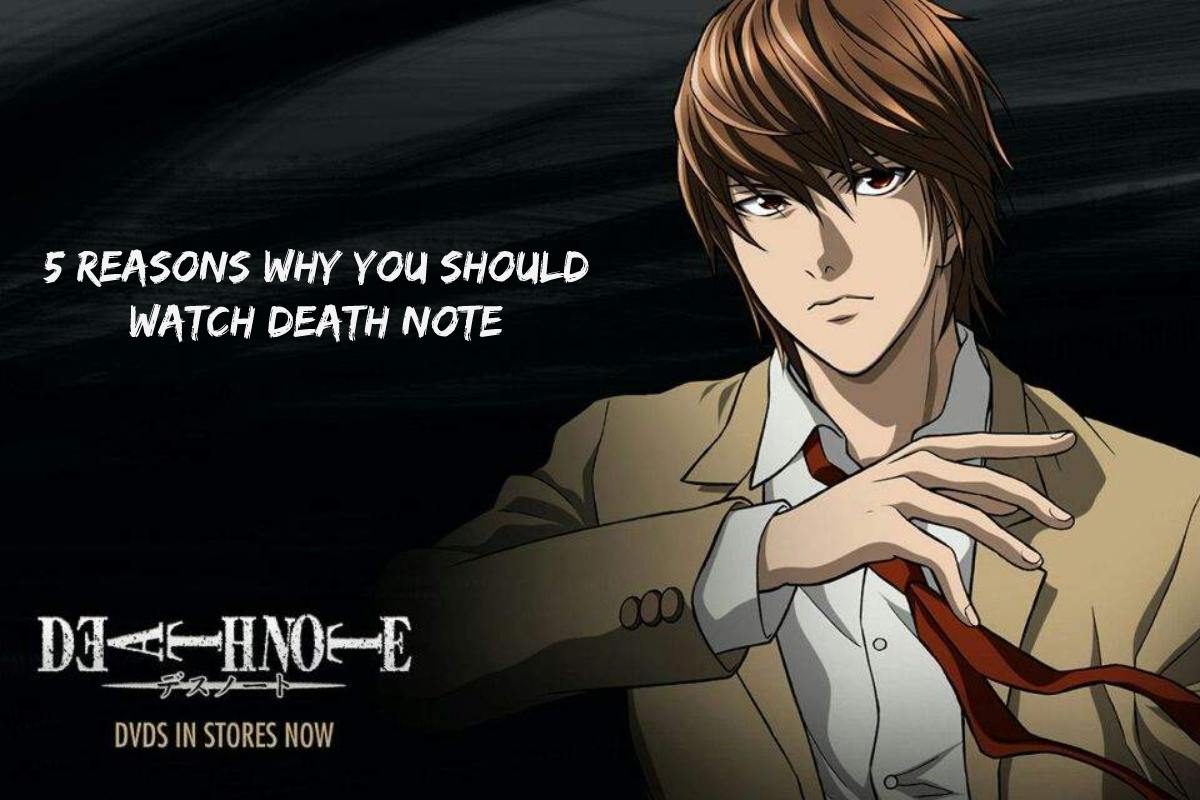 Whether you’re a new dweller in the world of anime or a professional, you probably already know about Death Note, the anime. And, why wouldn’t you?

After all, it’s the best psychological thriller available out there with a nitty-gritty storyline and an imperfectly-perfect protagonist.

So, if you still haven’t watched the anime… well, I don’t know what to say about that. But, in this article, I’ll try to convince you by telling you why you should check it out.

And, there’s no need to opt for a streaming service at all. You can simply download it from a torrent website for free. Click here – https://proxy-rarbg.org/.

Death Note – Why It’s A Must-Watch For Every Otaku

You don’t really need a reason to watch Death Note, to be honest. It’s a pretty gripping tale of Light Yagami and his nemesis, L, which will keep you hooked to your screen anyway.

However, I’ll still share a few aspects of the show, which might prompt you to watch it right here, right now. So, buckle up your seatbelt, and let’s get started.

Death note isn’t really an eye-catching show like Kimetsu No Yaiba. There’s no awe-striking graphical element within it. And, you can’t expect the same from a 2005 show as well.

But, what it has is a compelling storyline and excellent art of characterization. From the main character, Light, to the quirky detective, L, – each and every character is very well-written.

And, there’s more than one plot twist available in the storyline, which will always make you guess about what happens next. The ending of the show might not seem perfect, though. But, the presentation of Light’s journey to become the “Kira” makes up for it.

Death Note isn’t Naruto: Shippuden or One Piece. It doesn’t span over 900 episodes. Instead, the anime tells the story it wants to within only 37, 20-minute long episodes.

Hence, if you’re a first-timer, watching this anime won’t be too difficult for you. In addition, this anime doesn’t come with any kind of filler episode at all. So, you won’t be bored.

In simple words, Death Note is a tale of an enthralling rivalry between two geniuses – Light Yagami and L or Ryuzaki. The first one is the self-proclaimed God, who’s trying to wash off the dirt from the earth by killing criminals.

And, the second one is a world-famous detective who’s trying to catch him. In the storyline, we see a point where both of them start working on finding “Kira” together. However, on one hand, Light doesn’t know the name of L, so he can’t kill off with his Death Note.

And, L still isn’t sure if Light Yagami is “Kira” or not. So, he can’t put him into jail. And, this brilliant and seemingly-endless tussle goes on throughout the show.

For a dark, psychological thriller, Death Note naturally comes with loads of twists and turns. And, each of them change the course of the anime’s storyline to some extent.

It’s almost like – you’re expecting something, and a completely different thing happens. And, it’ll keep on going till the end of the anime.

Therefore, if you want some adrenaline, Death Note is the show to go for you!

If you’re just beginning to watch anime, enjoying the show while reading through the subtitle section will be impossible for you. But, fret not.

Unlike most other anime series, the dub of Death Note is perfect beyond imagination. Each and every voice note is clear and the emotions can be understood perfectly through the same.

Just Go For It!

Death Note is something that most people tend to watch when they’re entering the world of anime. But, due to the immense quality of the storyline, they begin to think that everything will offer the same level of intelligence.

However, that’s not right.

Each of the anime available out there is unique to their own accord. Hence, there’s no need to compare between anything. Just enjoy Death Note as it is, and move on.