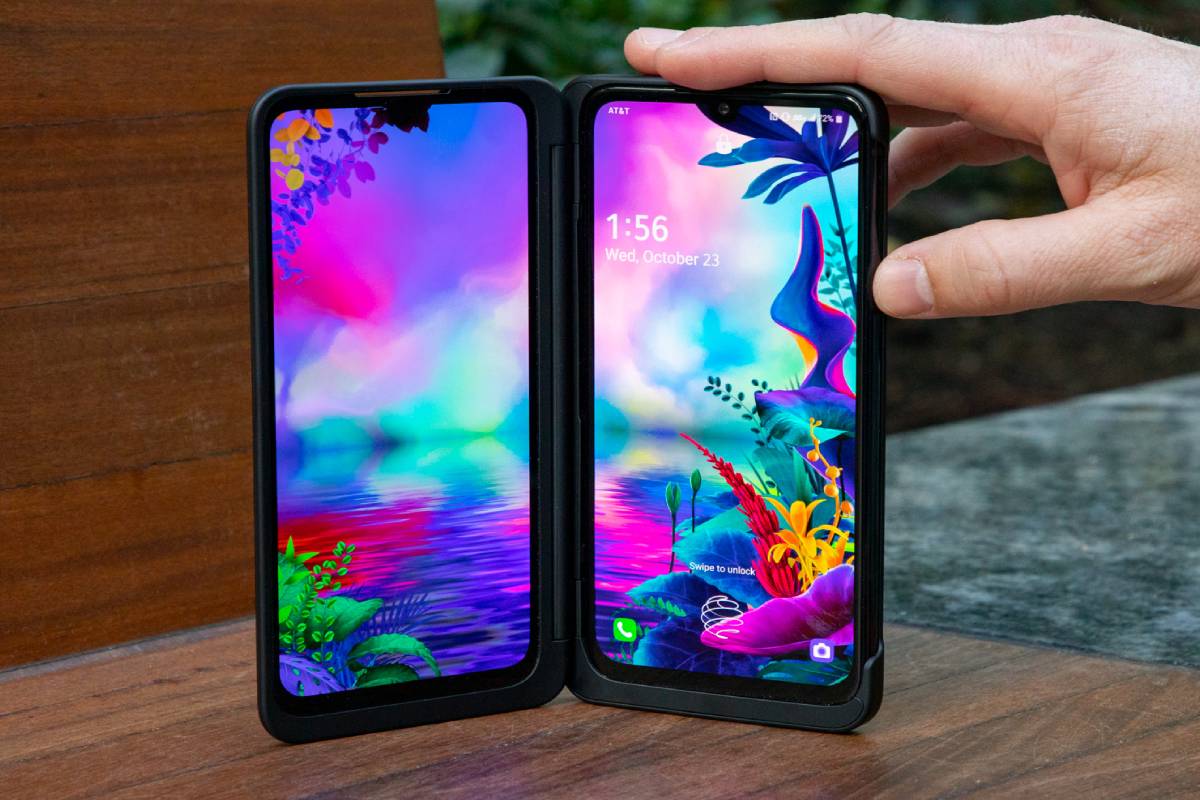 Design that does not risk, with a very slippery finish

LG G8X taste is in the colors and, although in recent months we see mobiles that are very, very similar, there are specific design characteristics that remain intact in some manufacturers.

LG, for example, has opted for a very sober design creating mobiles with all rounded edges, an intense piano black color, and cameras that do not protrude from the body.

The LG G8 and the V50 practically trace terminals, and with the LG G8X, the South Koreans have not left the mold.

Although they have updated a couple of elements that had to be touched.

For example, if we look at the front, we have a drop-type notch for the only front camera.

The screen does not stretch much more than in the previous generation.

And we still have a prominent 5-millimeter chin and three and 4-millimeter side and top bezels, respectively.